Massimo, Shiatsu Practitioner holds a Diploma with the London College of Shiatsu 1992 (with a thesis on the use of unconventional medicine in health protocols for drug detoxification). Alongside his diploma Massimo was supervised by John Tindall at the Gateway Clinic of Lambeth Hospital in London. In addition Massimo holds his Kinesiologist Diploma, (Kinesiopathy) Cranio Sacral Balancing Diploma, Yoga Teacher Diploma (500h); Diploma in Yoga Therapy with Vasishta Yoga Foundation in Kerala, India.

In the field of Yoga teacher training, Massimo Cantara has collaborations with various international partners.

1992 Shiatsu Diploma with the London College of Shiatsu.
1993 Passing examination with the Shiatsu Society UK.
1998 Passing examination with FIS.
1999 Edited the publication of Mario-Paul Cassar’s book “In forma con il massaggio” for De Agostini.
2000 Publication of a small illustrated book of work done in primary schools and based on the theory of the 5 elements and the 5 transformations and inspired by Traditional Chinese Medicine, financed by the Municipality of Poggibonsi entitled “The little prince and the 5 elements”.
2003 Publication of an article in Shiatsu News magazine entitled “Stretching to lengthen life“.
2004 Speaker at the European Shiatsu Congress in Kiental Switzerland on two topics: “Relationship between Shiatsu and health” and “Shiatsu in the treatment of back pain syndrome“. Publication of the proceedings.
2005 Organised c/0 the hospital of Poggibonsi in collaboration with Asl 7 an important conference entitled “Traditional and unconventional medicine, is an integration possible?“. Publication of an article in Shiatsu News entitled “The pain-free hospital“.
2009 Speaker at the regional conference entitled“Discipline Bio-Naturali actuality and perspectives. From territorial experiences to research projects ”.
Speaker at the national congress of the Italian Shiatsu Federation with a paper entitled ‘Shiatsu with Kata or without Kata‘ and publication of the proceedings.
2010 Published an article in No. 28 of Shiatsu news entitled “Hara”.
2011 Speaker at the QUAVIO conference “il dolore inutile ed il ruolo della equipe curante” with a paper entitled “l’importanza del tocco nell’assistenza al malato“.
2012 founded the “Gruppo di studio Shiatsu evolutivo” (Evolutionary Shiatsu Study Group) together with three other colleagues, with which he organised important events at national level.
2013 founds together with Ilaria Fiorenzani “Spazio luce“, the new holistic centre in the heart of Poggibonsi.
He is organiser and speaker at the “Evolutionary Shiatsu Study Group” conference entitled “The Joints” in Tabiano Terme.
2014 Two editions of the “evolutionary shiatsu study group”, the first on diagnosis in Tabiano Terme, the second on the spine in Montecatini Terme.
2015 Start of collaboration with the oncological assistance association QUAVIO in Siena, coordinated by Dr. Debora Niccolini. In the same sphere, she began a working collaboration with L’ HOSPICE of USL 7 of Siena using Shiatsu in the treatment of terminally ill patients and using Tibetan bells in the same context in order to carry out a research study on the effects of sound and vibrations on the reduction of pain and the psycho-emotional conditions of the patient.
2015 Fourth conference of the Evolutionary Shiatsu Study Group in Tabiano entitled “Riding Ki”.
2016 Together with Sara Della Torre, she opens the Varesina branch of the Holismos Yoga & Wellness Centre.
2018 Travels to India and studies Yoga with master Roshan Singh in Rishikesh
2020 Diploma in Yoga Therapy with International Vasistha Yoga Research Foundation – Master P.K. Saji in Kerala (India)
2020 Published his first solo musical work “Elemental World” dedicated to the 5 elements of the Indian tradition
2021 Published his first book “Hospital without pain” Bio-natural disciplines in the hospital context. Ed.Epigrapghia

Sara in 2010 completed her three-year professional course at the school for Shiatsu and moxa operators Hakusha in Varese. In 2015 she graduated as a Yoga teacher at the Three Treasure Yoga school of Massimo Cantara, Molly Cofman and Virgina Wood. In 2016 Sara began collaborating with Massimo Cantara. She is currently an Operator of bio natural and oriental disciplines, Shiatsu, Vodder method lymphatic drainage massage and Yoga teacher.

In 2020 Sara obtained her masters to become a Yoga Operator for schools and joined the ASD Kinder yoga together with Ilaria Sogliano, committing to spreading the practice of yoga and mindfullnes to children and young people directly at school. In 2020 Sara obtained a Mindfulnes Educators diploma and began collaborating with psychologist and psychotherapist Manuela Tomba.

2010 completes the three-year professional course at the school for Shiatsu and moxa operators Hakusha in Varese.
2013 obtains a Diploma at the three-year master’s degree course in Cranio Sacral Balancing for Shiatsu Operators by Gioacchino Allasia, a diploma in Vodder method lymphatic drainage massage and first level Reiki.
Since 2014 she has collaborated with Massimo Cantara in the organisation of his courses and seminars.
In 2015 Sara obtains the Yoga Teacher Diploma at the Three Treasure Yoga school of Massimo Cantara, Molly Cofman and Virgina Wood.
2016 Opens holistic centre “Holismos Yoga & Wellness” in Varese with Massimo Cantara.
2018 Travels to India and studies Yoga with master Roshan Singh in Rishikesh
2019 opens a Yoga Workshop at the kindergarten of Cugliate Fabiasco, in the province of Varese
2019 attends a one-month intensive course in Mysore (India) at Prana Vashya Yoga school , Primary Series end Back Bending and flexibility with Acharia Vinay Kumar
2020 joins KINDER YOGA association committed to spreading yoga to Children using a playful and Non-competitive approach
2020 obtains a Mindfulness Educators Diploma;
2020 start of collaboration with Psychologist and Psychotherapist Manuela Tomba – MTBC formation, participating in some residential seminars on Full Mindfulness and Pattern Therapy in France
2021 Master’s degree in Bologna “Yoga Educational” Yoga Practitioner for schools, with accreditation by the Indian Government and sponsored by several Italian Universities with recognition by MIUR.
2021 Professional training in Restorative Yoga with Styleoga – Association Om World Yoga Institute 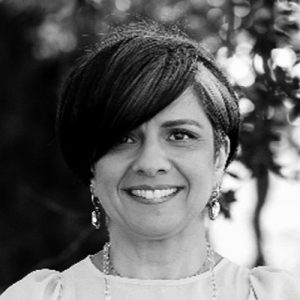 Dr. Laura Biagi is trained in voice and performance studies at renowned schools and universities in Italy and the USA. In 2012 she graduated as a Yoga teacher at the International Center for Yoga Education and Research / Ananda Ashram in India in the tradition of Yogamaharishi Dr. Swami Gitananda Giri, combining voice and performance studies with the theory and practice of Nada Tantra Yoga. 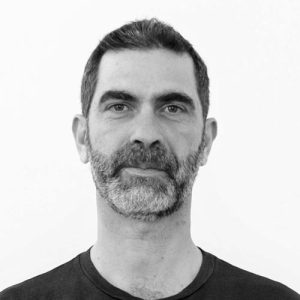 After graduating in Physiotherapy from the University of Siena in 2002, he began his free profession at AIFIMM as a co-teacher contributing to the training of physiotherapists in the Mézières Morphological Postural Re-education method, and as a postural therapist. Added to this is Cranio Sacral Therapy learnt at the Upledger Centre Italy and learning Myofascial and Visceral Manipulation. 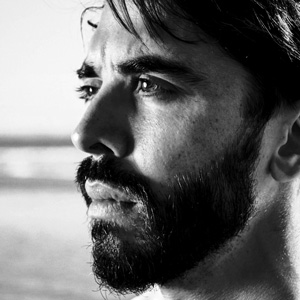 Professional dancer embarks on the path to become an instructor, perfecting himself as a Movement Coach, graduating in Gyrotonic & Gyrokinesis and as an authorized trainer for Teacher Training. He begins with Ashtanga, studying with Vairagya Ranko and perfecting himself over the years in India in Vinyasa, Hatha, meditation and pranayama. He currently works in Spain as a trainer in Yoga and Gyrotonic Teacher Training. 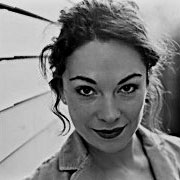 In addition to being a certified yoga teacher, Molly is an acupuncturist specialising in Chinese herbs. She holds a Master of Science degree in Oriental Science and Medicine from the Pacific College of Oriental Medicine in Chicago, and a Bachelor of Science degree in Ecology and Evolutionary Biology and a Master of Fine Arts, Theatre Arts and Dance from the University of Arizona.

The Holismos Center was born as a physical space “container” of knowledge and experimentation for the benefit of all those who are looking for their own personal evolution. A place dedicated to study and research in Yoga and other health arts. The “Holismos Yoga & Wellness” center is a container open to new ideas and collaborations.